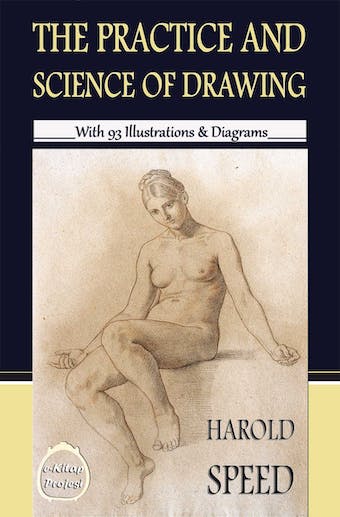 The Practice & Science of Drawing

The Practice & Science of Drawing

In writing upon any matter of experience, such as art, the possibilities of misunderstanding are enormous, and one shudders to think of the things that may be put down to one's credit, owing to such misunderstandings. It is like writing about the taste of sugar, you are only likely to be understood by those who have already experienced the flavour; by those who have not, the wildest interpretation will be put upon your words.

The written word is necessarily confined to the things of the understanding because only the understanding has written language; whereas art deals with ideas of a different mental texture, which words can only vaguely suggest. However, there are a large number of people who, although they cannot viibe said to have experienced in a full sense any works of art, have undoubtedly the impelling desire which a little direction may lead on to a fuller appreciation. And it is to such that books on art are useful. So that although this book is primarily addressed to working students, it is hoped that it may be of interest to that increasing number of people who, tired with the rush and struggle of modern existence, seek refreshment in artistic things. To many such in this country modern art is still a closed book; its point of view is so different from that of the art they have been brought up with, that they refuse to have anything to do with it.

Whereas, if they only took the trouble to find out something of the point of view of the modern artist, they would discover new beauties they little suspected.

If anybody looks at a picture by Claude Monet from the point of view of a Raphael, he will see nothing but a meaningless jargon of wild paint-strokes. And if anybody looks at a Raphael from the point of view of a Claude Monet, he will, no doubt, only see hard, tinny figures in a setting devoid of any of the lovely atmosphere that always envelops form seen in nature. So wide apart are some of the points of view in painting. In the treatment of form these differences in point of view make for enormous variety in the work.

Works showing much ingenuity and ability, but no artistic brains; pictures that are little more than school studies, exercises in the representation of carefully or carelessly arranged objects, but cold to any artistic intention.

At this time particularly some principles, and a clear intellectual understanding of what it is you are trying to do, are needed. We have no set traditions to guide us. The times when the student accepted the style and traditions of his master and blindly followed them until he found himself, are gone. Such conditions belonged to an age when intercommunication was difficult, and when the artistic horizon was restricted to a single town or province. Science has altered all that, and we may regret the loss of local colour and singleness of aim this growth of art in separate compartments produced; but it is unlikely that such conditions will occur again. Quick means of transit and cheap methods of reproduction have brought the art of the whole world to our doors.

Where formerly the artistic food at the disposal of the student was restricted to the few pictures in his vicinity and some prints of others, now there is scarcely a picture of note in the world that is not known to the average student, either from personal inspection at our museums and loan exhibitions, or from excellent photographic reproductions. Not only European art, but the art of the East, China and Japan, is part of the formative influence by which he is surrounded; not to mention the modern science of light and colour that has had such an influence on technique. It is no wonder that a period of artistic indigestion is upon us. Hence the student has need ixof sound principles and a clear understanding of the science of his art, if he would select from this mass of material those things which answer to his own inner need for artistic expression.